Tourist Places To Visit In Delhi

Delhi, India’s capital territory, is a massive metropolitan area in the country’s north. In Old Delhi, a neighborhood dating to the 1600s, stands the imposing Mughal-era Red Fort, a symbol of India, and the sprawling Jama Masjid mosque, whose courtyard accommodates 25,000 people. Nearby is Chandni Chowk, a vibrant bazaar filled with food carts, sweets shops, and spice stalls. 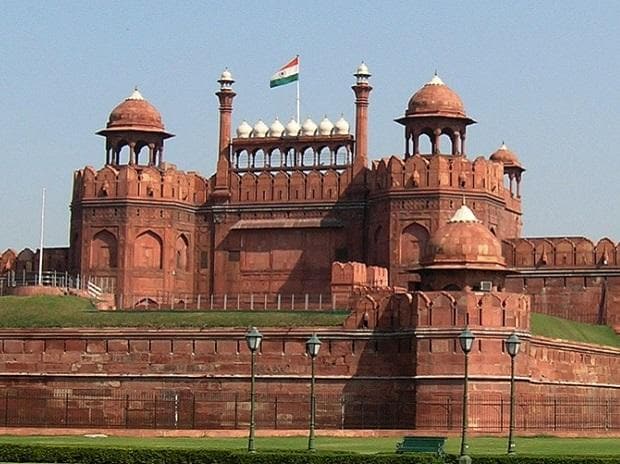 The Red Fort is a historic fort in the city of Delhi in India, which served as the main residence of the Mughal Emperors. Every year on the Independence day of India, the Prime Minister hoists the Indian “tricolor flag” at the main gate of the fort and delivers a nationally broadcast speech from its ramparts

India Gate is one monument that defines Delhi or India for that matter. It was built in 1931 as a memorial for martyrs of World War I and war in Afghanistan. At Rajpath, the structure looks amazing in evening lights. The gardens that line the structure are a must-visit among the sightseeing places in Delhi.

If you are in Delhi on the Republic Day, you must visit India Gate Parade which is really a prestigious and the most ceremonious event of India. Lots of international guests and national leaders are present on the occasion and pay tribute to the freedom fighters and great leaders of the country.

Qutab Minar is a soaring, 73 m-high tower of victory, built-in 1193 by Qutab-ud-din Aibak immediately after the defeat of Delhi’s last Hindu kingdom. The tower has five distinct stories, each marked by a projecting balcony and tapers from a 15 m diameter at the base to just 2.5 m at the top. The first three stories are made of red sandstone; the fourth and fifth stories are of marble and sandstone. At the foot of the tower is the Quwwat-ul-Islam Mosque, the first mosque to be built in India. An inscription over its eastern gate provocatively informs that it was built with material obtained from demolishing ’27 Hindu temples’. A 7 m-high iron pillar stands in the courtyard of the mosque. It is said that if you can encircle it with your hands while standing with your back to it your wish will be fulfilled.

Akshardham’ means the divine abode of God. It is hailed as an eternal place of devotion, purity, and peace. Swaminarayan Akshardham at New Delhi is a Mandir – an abode of God, a Hindu house of worship, and a spiritual and cultural campus dedicated to devotion, learning, and harmony. Timeless Hindu spiritual messages, vibrant devotional traditions, and ancient architecture all are echoed in its art and architecture.The mandir is a humble tribute to Bhagwan Swaminarayan (1781- 1830), the avatars, devas and great sages of Hinduism. The traditionally-styled complex was inaugurated on 6 November 2005 with the blessings of HH Pramukh Swami Maharaj and through the devoted efforts of skilled artisans and volunteers.

The Lotus Temple, located in Delhi, India, is a Baháʼí House of Worship that was dedicated in December 1986. Notable for its flowerlike shape, it has become a prominent attraction in the city. Like all Baháʼí Houses of Worship, the Lotus Temple is open to all, regardless of religion or any other qualification 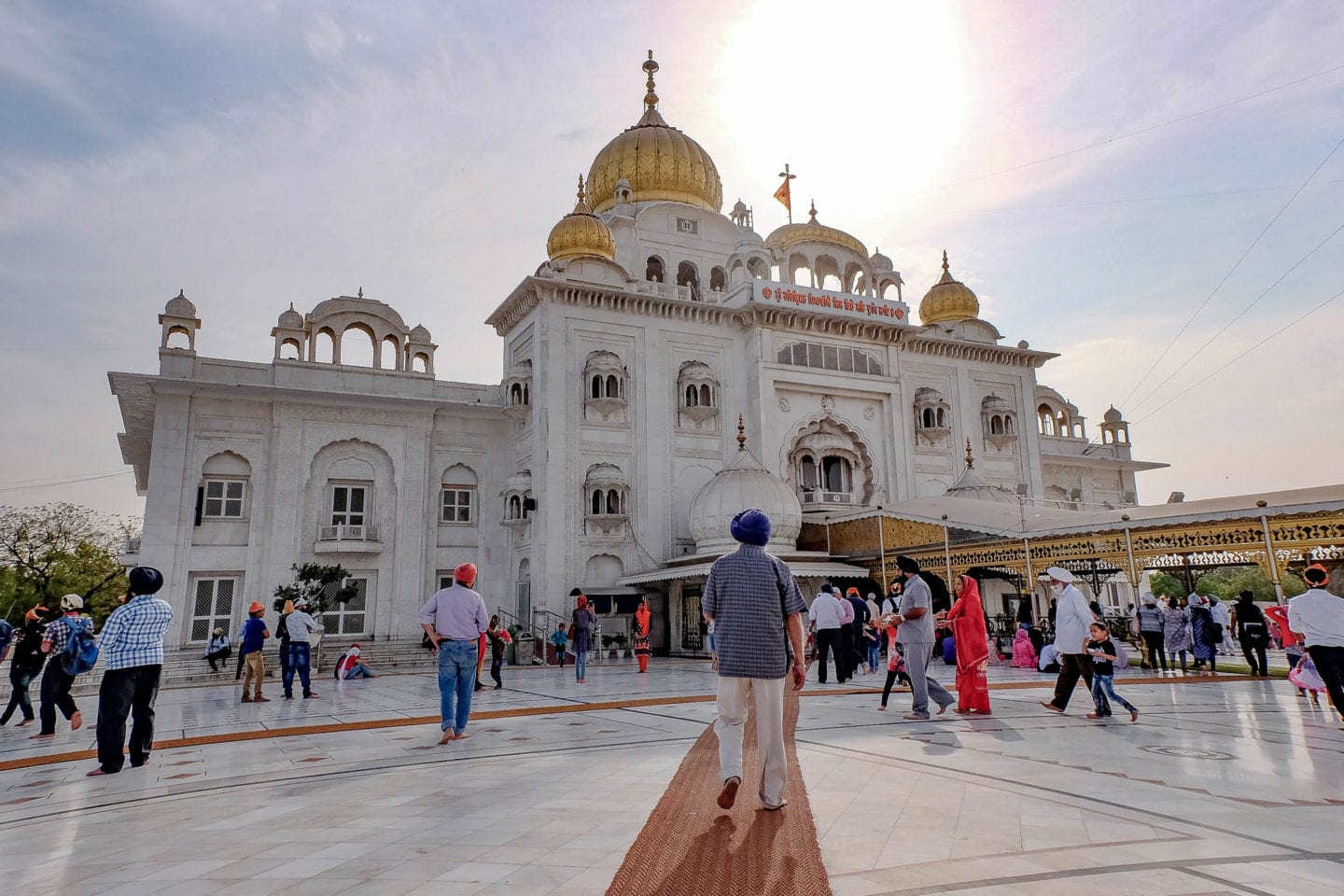 Gurudwara Bangla Sahib is one of the most prominent Sikh gurdwara, or Sikh house of worship, in Delhi, India and known for its association with the eighth Sikh Guru, Guru Har Krishan, as well as the holly river inside its complex, known as the “Sarovar.”

One of the peaceful Delhi tourist places, with the gurgling Sarovar inside its complex, Gurudwara Bangla Sahib was first built as a small temple by Sikh General, Sardar Bhagel Singh in 1783. The complex also houses a higher secondary school, Baba Baghel Singh Museum, a library, and a hospital. 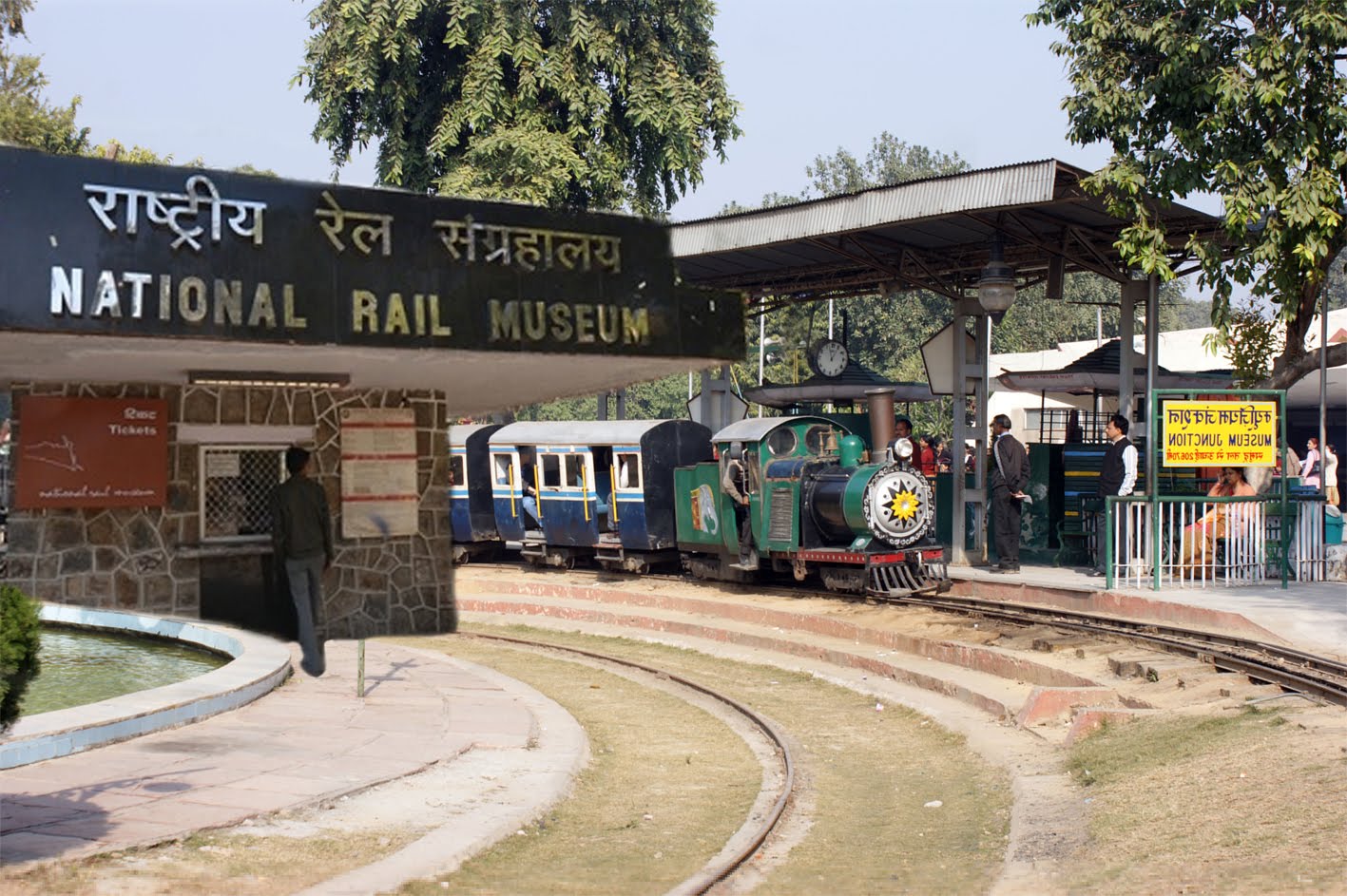 The National Rail Museum in Chanakyapuri, New Delhi, displays exhibits on the history of rail transport in India. The museum was inaugurated on 1 February 1977 and spans over 10 acres. It is open every day except Mondays and national holidays.

With an exotic collection of over a hundred exhibits of trains from Indian Railways, National Rail Museum is one of the coolest must-visit places in Delhi, especially with your kids. Static and working models, signaling equipment, antique furniture, historical photographs, Prince of Wales’ Saloon, Maharaja of Mysore’s Saloon are the major attractions. A mono toy train is the star attraction among kids.
Tip: Rail museum is famous for having plenty of patterns and structures of trains on board. This is highly educative for kids.