The mountainous landscape of Himachal Pradesh, at the foothills of the Himalayas, is made up of a series of valleys and snow-covered peaks. It’s deservedly favored by adventure lovers but also provides a refreshing escape for those who are craving crisp mountain air. Check out these top Himachal Pradesh places to visit. You’ll find everything from pottery to paragliding there!

Shimla used to be the summer capital of the British Raj when they ruled India. Now it’s the state capital of Himachal Pradesh. The town sprawls along a mountain ridge, enveloped in oak, pine and rhododendron forests. It’s quite famous for its colonial-style buildings and historic railway. Some would stay it’s overdeveloped and crowded these days. However, it still has charm. The old Christ Church, with its beautiful stained glass windows, is one of Shimla’s most prominent landmarks. Another is the Viceregal Lodge on Observatory Hill. These can be seen on a historic walking tour of Shimla. There are plenty of adventure sports and short hikes on offer in the vicinity as well. 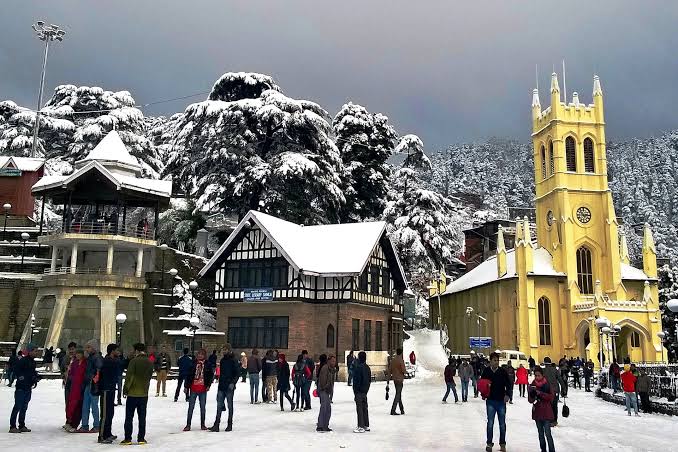 Manali, with its soothing backdrop of the Himalayas, offers a blend of tranquility and adventure that makes it one of northern India’s most popular destinations. You can do as little or as much as you want there. Located in the Kullu Valley, it’s a magical place bordered by heady pine forest and the raging Beas River, which give it a special energy. 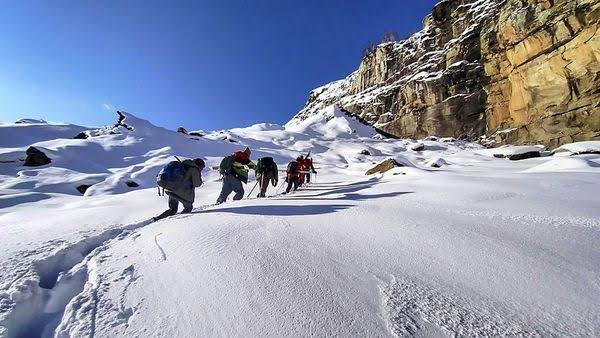 Nestled a short distance from each other in the Kangra Valley, the towns of Dharamsala and MacLeod Ganj are home to the exiled Tibetan Government. The Dalai Lama resides in Dharamsala, and many Tibetans have followed him there. You can expect to find a strong Tibetan influence in the area, with culture being the main attraction.

People flock to Dharamsala and MacLeod Ganj to undertake Buddhist meditation and philosophy courses, Tibetan cooking classes, Tibetan language courses, and to receive alternative therapies. Volunteer work is another popular pastime. Those interested in sightseeing will find some fascinating museums, temples, gompas, and monasteries. Tsuglagkhang Complex, the official residence of the Dalai Lama, is a highlight. If you’re interested in pottery or art, don’t miss quaint Andretta village, a 20-minute drive from Palampur in the Kangra District. It can be visited on a day trip from Dharamsala. Otherwise, stay at the delightful Mirage Heritage Homestay.

The village is said to have been established in the 1920s by Irish playwright Norah Richards, who lived there during the Partition and is credited with the rise of Punjabi theater. Later, noted potter Gurucharan Singh (who started Delhi Blue Pottery), and painter Sobha Singh (who was known for his Sikh religious paintings), settled there. The Sobha Singh Art Gallery, housed in the building where he lived, showcases his paintings and personal belongings. The mud-plastered cottage belonging to Norah Richards can also be visited. 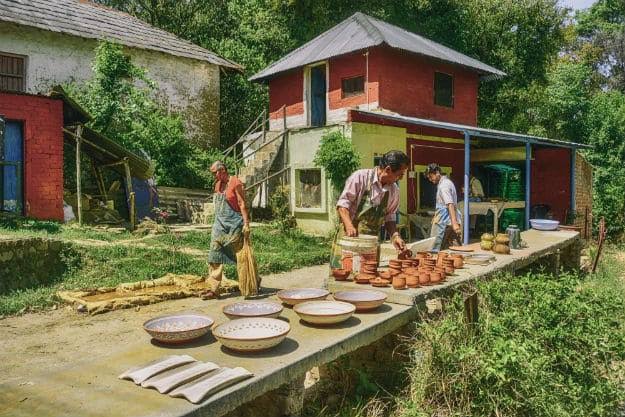 Go past the turnoff to Andretta from Palampur and you’ll reach one of the world’s best paragliding destinations at the twin towns of Bir and Billing. The 2015 Paragliding World Cup was held there, for the first time in India, in October 2015. The peak paragliding season runs from March to May and October to November. Billing Valley Adventures and Billing Adventures of Himachal offer paragliding, trekking, and camping. Other attractions are tea gardens and monasteries. Serene Palpung Sherabling Monastery offers periodic courses in Buddhist meditation and philosophy. Deer Park Institute offers accommodations along with courses on Buddhist and Indian philosophy. Don’t miss visiting the groovy 4Tables Project cafe and art gallery. They now rent out gorgeous rooms too! Guided walks in the area can be arranged.

Rudyard Kipling described Spiti as a world within a world. This remote, high altitude area of Himachal Pradesh is tucked away against the border of Ladakh and Tibet. It’s only been open to foreign tourists since 1999, and remains relatively unexplored. Part of this is due to Spiti being barren alpine desert that’s covered in heavy snow for a high proportion of the year.

Getting to Spiti involves a long drive, most popularly from Manali. The constantly evolving scenery is unforgettable and well worth the journey though. 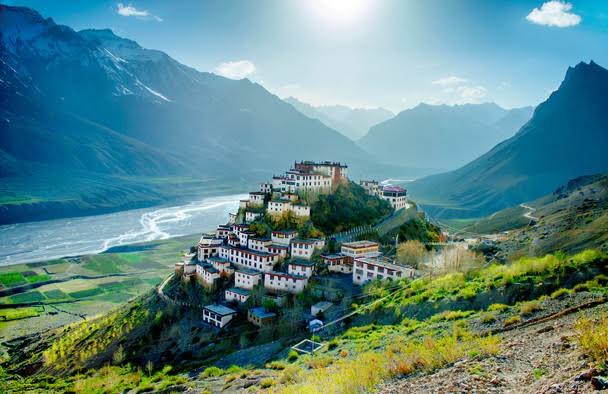 The Great Himalayan National Park, in the Kullu District of Himachal Pradesh, became a UNESCO World Heritage Site in 2014. The park has four valleys and covers about 900 square kilometers. Its remote, rugged and untamed terrain makes it sought after by trekkers but only the fittest and most adventurous reach deep inside the core area. There are some trekking routes, ranging from three to eight days, with treks between the spectacular Tirthan and Sainj valleys being popular.  Also, less strenuous day walks exist in the park’s Ecozone buffer area, frequented by day-trippers. It’s possible to go on tours to interact with the villagers and learn about their activities.

Ecotourism company Sunshine Himalayan Adventures has partnered with Biodiversity Tourism and Community Advancement (a community-based organization, comprised of local villagers) to offer treks and tours. Permits are required for treks. Indians must pay a park entry fee of 50 rupees per day, and foreigners 200 rupees per day. It’s free to enter the Ecozone.

Raju’s Cottage, a renowned homestay in Gushaini on the periphery of the park, is an ideal base or stopover. You’ll need to book well in advance though! 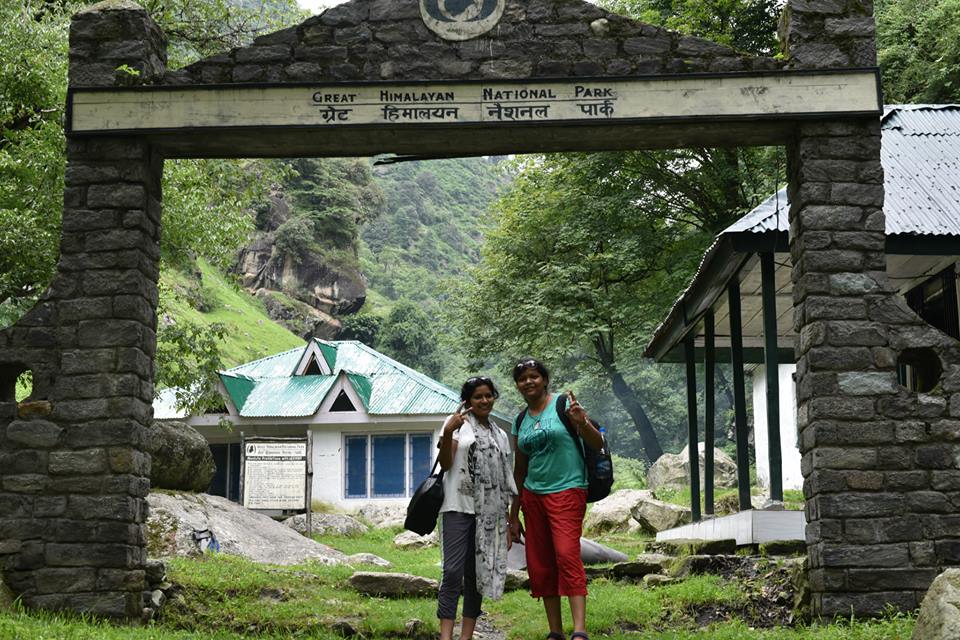 Kasol and the Parvati Valley

As the season wanes in Goa, the psychedelic trance scene shifts more than 8,000 feet above sea level into the forest around Kasol, in the Kullu District’s Parvati Valley. Festivals take place at Chalal, near Kasol, from late May until October. To get there, walk 30 minutes from Kasol, crossing the cable suspension bridge over the Parvati River and then following the picturesque riverside path to the village. The season runs from late May until October. Two of the biggest events are Parvati Peaking and Magica Festival. 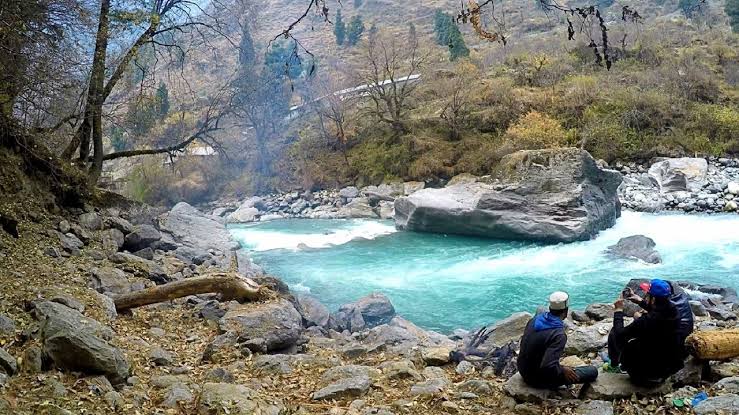 Dalhousie is refreshingly less crowded than Shimla and Manali, and the surrounding Chamba Valley is a lesser-explored area of Himachal Pradesh. If you’re after spectacular views, then Dalhousie is the place to find them. Spread over five hills at foot of the Dhauladhar mountain range, the town gets its name from founder Lord Dalhousie and bears the distinct stamp of the British Raj. Its hotels are particularly reminiscent of that era.

Kalliope Wildlife Sanctuary is located a short drive away from Dalhousie. It’s possible to walk through the sanctuary but a permit is necessary for a vehicle. Those who dare to venture further into the Chamba Valley will discover fascinating ancient folklore, temples, and tribes. 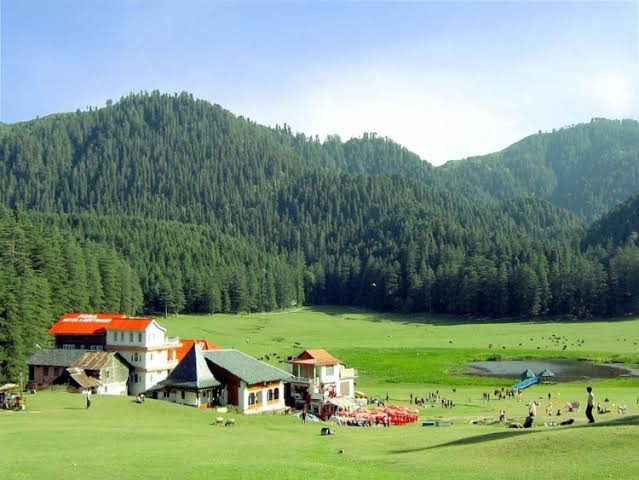 This off-beat circuit, actively promoted by Banjara Camps, attracts outdoor enthusiasts who want to enjoy nature away from touristy areas. It starts in the heart of Himachal Pradesh’s apple country, in Thanedhar (around two hours from Shimla). The Sangla Valley is located 9,000 feet above sea level in Kinnaur District, close to the Tibetan border, and offers trout fishing and trekking (including glacier trekking in March and April). You can also visit Chitkul village, the last village on the old Indo-Tibetan trade route. Sojha links the Kullu and Shimla districts and provides more opportunities to venture into the wild mountainous countryside.